KANKU DAI - Looking to the Sky

This is the first of the two katas in the Kanku series. Kanku Dai is also one of the longest katas in the Shotokan syllabus and it is said to take its name from a Chinese General who came to Okinawa as an envoy. This kata gets its meaning from the first set of hand movements in the kata. This kata introduces several new techniques such as ryo-sho-hiji-tate-fuse (both hands and elbows taking cover) and a chudan-ni-mae-geri (double middle level kick). The term "Dai" means "greater" and refers to both the length and strength of this kata. Kanku Dai we are told was Master Gichin Funakoshi's favorite kata and the one he most liked seeing his students perform.

In addition to performing the kata, the student must also demonstrate appropriate bunkai (application of technique) for the various movements in this kata as a requirement for advancement. This kata contains 65 movements and should also take the student approximately 60 seconds to complete. The correct performance of this kata is required in order to advance in rank from 2nd kyu (brown belt) to 1st kyu (brown belt). 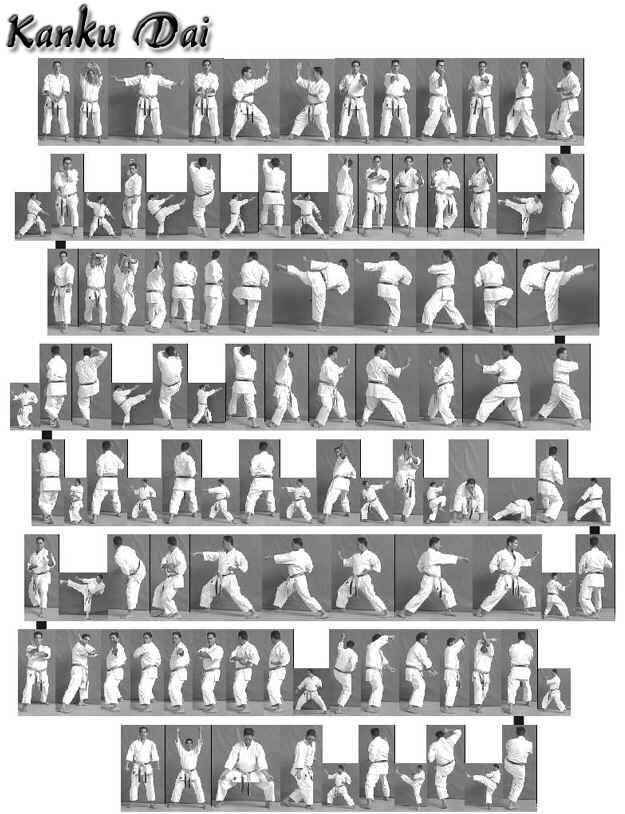